By Robert B Andrews MA, LMFT

The USAG sexual abuse scandal has rocked the gymnastics community to its core.  Many are questioning what went wrong, while others seek to maintain the status quo.

Certainly the focus needs to be on healing the wounds that this horrendous abuse has caused, and educating coaches, gym owners,  administrators, parents, and athletes. Perhaps an overhaul of the leadership body of USAG is in order, as is being called for by many.

Very prominent gymnasts are speaking up. They are courageously vocal about their treatment in the USAG system.

The deeper question that must be asked is what made the gymnastics community vulnerable to this type of abuse? And why was it kept hidden by USAG for so long?

I worked with the U.S.A. mens national, world, and Olympic gymnasts, and teams from 2007 to 2012. I resigned from this position after the London Olympics for what I, and others in the system saw as a failure to address key leadership issues that led to poor performances in the 2012 Olympic games. Unfortunately these same program deficiencies were still in place for the 2016 Rio Olympics and the men’s team had another disappointing almost identical performance.

I worked with Simone Biles for 3 1/2 years before the 2016 Rio Olympics. She been very vocal about our work together. I did not work directly with the women’s program as I did with the men. But I have worked with many gymnasts in the USA Women’s National program.  From this work I was able to gain a deep understanding of the inner workings of the women’s system and the culture that was in place.

In my work with gymnasts of all levels, throughout the United States, and other countries, I have seen many different cultures from program to program and gym to gym.

One disturbing theme I have seen in many, not all, but many gyms, and in my individual work with many male and female gymnasts from all over the United States is a culture of disempowerment.

Many gymnasts in the U.S.A, and perhaps many other countries are taught:

Don’t have a voice or speak up to address any concerns you have as a gymnasts.

Don’t utilize personal power in your relationship with your coach.

Don’t complain about the way you are being treated.

If a gymnasts breaks any of these “cultural norms” they are subjected to an increasingly harsh retaliatory set of behaviors from coaches and others in the system.

This sets in place a dangerous dynamic between coach and athlete.

Yelling, screaming, shaming, degrading, and humiliation are the first shaping behavior the coach uses to mold the gymnasts into a silent participant in this dance.

The usual response to this harsh treatment by the coach is that the gymnasts shuts down. They get quiet, turn inward, become highly emotional, cry, and get easily frustrated. They tend to make more mistakes.

This causes the coach to become even more frustrated, and absent of the coaching skills or interpersonal tools required to handle the athlete in this state, the coach becomes more agitated and turns to physical punishment.

They implement rope climbs as a form of punishment, running as a way of letting the athlete know that coach is not pleased with their behavior and training.  They kick the gymnasts out of the gym, or send them home, the ultimate form of humiliation. They call this conditioning. I understand that conditioning is a critical component of gymnastics training. This retaliatory behavior is not healthy conditioning. It is abuse.

Some coaches stop coaching gymnasts who don’t follow the rules.

Now the coach has become part of the problem. Where an athlete might have had natural fears about difficult skills, or returning from injury, now the athletes brain sees the coach as a threat.

This sets in place the victim-angry coach dynamic.  The athlete becomes the victim. Has no voice. Can’t speak up or defend themselves. They can’t communicate fear, injuries, or concern about the coaches coaching style for fear of retaliation.

They start focusing more on avoiding the coach’s anger and become terrified of making mistakes. What used to be a fun sport for them has now become an anxiety producing experience.

I witnessed this dynamic in the men’s program. There were instances where scores were changed that effected the outcomes of meets, athletes found their own sponsors and suffered scrutiny for doing so, favoritism was given to certain athletes.

Coaches and athletes were trained not to speak up or challenge the system.

Coaches and athletes were first met with anger, then displeasure and silence.  Assignments might be taken away or not given out. A coach might miss out on an important assignment for rocking the boat.

The Abuse Follows Our Gymnasts

An Olympic pole vaulter that I worked with when they competed is now a pole vault coach. I had 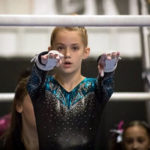 breakfast with them recently and they ask me what was going on with gymnastics? They went on to tell me that they have a lot of former gymnast come to them to start pole vaulting. This coach told me that these former gymnasts are all the same. They are quiet, very introverted, afraid to make mistakes, afraid that they will be yelled at by their new coach, and are afraid to let the coach know when they are injured.

This coach has spent a lot of time and energy retraining them. They have had to teach their athletes that they can speak up, be vocal, communicate with their coach, let them know about injuries, and most importantly make their new sport fun.

You see the trend…

I have been one of the more vocal and outspoken voices for change over the last 5 years.

I have complained enough. Now I want to suggest changes that must be made to create a new culture in USA Gymnastics. 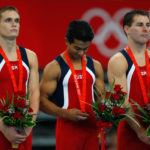 Working with Simone Biles allowed me to see that this approach works. Simone and her parents have been very vocal about my work with Simone, speaking openly in Texas Monthly Magazine, ESPNW, The LA Times, Washington Post, and other media. Simone’s parents and other family members understand their role and strive to be supportive to Simone.  They feed positive energy into the system. Simone’s coach Aimee Boorman understands that Simone must be authentic to be her best. She must show up on the floor being Simone. She understands that Simone must trust her, that they must be able to work through conflict and resolve differences for Simone to reach the remarkable level of gymnastics that she has achieved. Simone’s parents and coaches are not threatened by me or my feedback into the system, rather they embrace it and strive to make the athlete, coach, parent triangle as strong and powerful as it can be.

This same systemic approach is exactly what USAG needs on a much larger scale.

I work with gyms all over the United States and Canada that are working with this empowering approach to gymnastics. They are open to learning more. They set up workshops for their gymnast, coaches, and parents to help continue to improve their culture.

I know of coaches in the USAG system who understand this new model for coaching our gymnasts. They understand that personal empowerment, respect, and mutuality are key components to producing top athletes.

Unfortunately I still work with gymnasts who have coaches who insist on continuing to rage, scream, yell, degrade, embarrass, punish and kick them out of the gym. In many instances, for making mistakes.

The USAG leadership merry go round continues to turn. Hirings and firings are common place.

Will we have leadership in place that is interested in creating a new paradigm and a new culture community wide? Or will the status quo continue?

I intend to continue to be a voice for our gymnasts and educate them, their parents and their coaches. Things have to change.