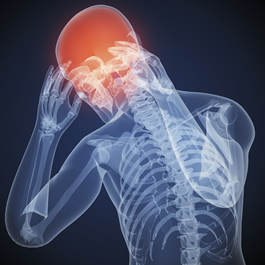 There has been a lot of attention given to the topic of sports concussions over the last few weeks. Mike Leach the head football coach at Texas Tech University was suspended and later fired over his alleged treatment of Adam James, a Tech player who suffered a mild concussion. Adam happens to be the son of ESPN analyst Craig James. And recently the NFL and Congress have created committees to discuss the treatment of concussions, and the link between head injuries in sports and long term brain damage.

Not Your Normal Sports Injury

I for one am glad to hear this. Concussions are a different type of injury and are not as easily detected as other injuries. Unlike a knee injury, a broken arm, or a separated shoulder, there is no apparent physical evidence that anything is wrong with the athlete when they suffer a concussion. With knee injuries or other obvious sports related injuries there are crutches, knee braces, slings, or cast that tell doctors, coaches, teammates, trainers, and fans that something serious has happened to the athlete. It is obvious that rehabilitation and time are required for healing to take place and for the athlete to be able to return to competition.

What is a Concussion?

Concussions are in effect a bruising of the brain. When an athlete suffers helmet to helmet contact, or hits their head on the field or court the brain slams against the skull [which can cause bruising]. The more serious the concussion, the more serious the resulting swelling and bruising of the brain tissue can be. This swelling and bruising causes memory loss, headaches, poor reaction time, impaired thinking, confusion, slow recall, and other serious symptoms.

Treatment requires literally turning the brain off. Athletes are required to stay out of school, stay away from television, computers, video games, or other activities that create stress on the damaged brain. IMPACT testing is utilized to identify deficiencies in brain functioning. This test also shows when the athletes brain functioning returns to normal levels. Physical activity is monitored looking for symptoms like headaches, dizziness, and nausea. When the athlete is symptom free and testing shows a return to normal levels of brain functioning the treating physician and athletic trainer give the green light to return to competition.

The Mental/Emotional Aspect of Sports Injuries

I believe that there is a mental/emotional component to concussions as well. In my work with injured athletes I have found that athletes who suffer concussions all experience intense mental and emotional reactions to their experiences. In most cases these reactions are traumatic.

I have worked with athletes who have been hit so hard they were out cold for over a minute. Some have no memory of the hit that knocked them out, but they have images in their mind that are created from what people tell them happened, or what they see on game film. They talk about the terrible confusion, fear, and embarrassment they feel when they recall sitting on the bench knowing something very serious has happened but not remembering anything about the injury. These images are incredibly vivid and disturbing to the athlete.

Other athletes have very clear memories of the experience. They have told me what it was like to be strapped to a stretcher, immobilized, and taken by ambulance to the hospital. I have heard numerous stories from athletes who return to play, threw numerous interceptions, and were booed off the field. These experiences are all filled with incredible intensity and have a profound impact on the mental and emotional state of the athlete.

These same athletes also tell me about coaches, teammates, and fans who tease, ridicule and humiliate them for sitting out of practice and games.

Sports injuries, particularly concussions are never just physical in nature. When we create a space for the injured athlete to tell their story and help them process and integrate the psychological impact and trauma of the concussion, athletes get better. Their “lights turn back on”. Their mind clears and their self confidence returns.

Now imagine Adam James standing in a dark shed for three hours, unable to sit down or lean against anything. What was the message being sent to him and other Tech athletes who might suffer a concussion? I can’t imagine anything therapeutic coming from this type of treatment. Imagine the pressure put on the athletic trainers to follow orders demanding this type of treatment for an athlete. Sadly, this story sounds like so many other stories I have heard about the treatment of a concussed athlete. This treatment was meant to humiliate, degrade, and punish Adam for sitting out of practice with a concussion.

It took Adam being the son of a high profile, nationally recognized sports analyst to bring attention to the treatment his son endured after suffering a concussion.

Along with the NFL playoffs, bowl games, and the BCS National Championship, the eyes and ears of the sports world are now focused on the treatment of athletes who suffer concussions. I am elated to hear that mandatory guidelines are being put in place by the NFL for teams to follow when providing care for athletes who suffer a concussion. I hope the NCAA and high schools throughout the country follow their lead. 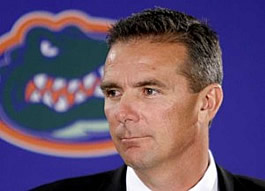