Remarkable athletic performances all have one thing in common. These athletes have learned how to efficiently utilize their physical, mental, and emotional energy. They avoid distractions that impact performance, create a mindset that builds rock solid confidence, surround themselves with a healthy and empowering support system, and take full ownership of their process.

Learn how to manage your emotions, build mental toughness, create a champions mindset, perform at your best in the toughest of competitions.

If you are ready to get serious and learn how to develop this same approach, an approach that has helped produce Olympic and World Champions, commit now.

“I was recommended to Robert Andrews by a friend.  I was very doubtful that anything like this would work. After one session I experienced a different mindset about the injuries I suffered prior to working with Robert. My confidence began to grow.  I was able to train and compete without being afraid of re injury. When I noticed that his help in overcoming my injuries worked I started working with him on the mental side of my game.  (Maintaining focus, overcoming negative thoughts, staying in the zone, managing distractions…).  The results have been tremendous. I just finished the best season of my career.  I was able to overcome obstacles that I’ve dealt with for years.  I look forward to having an even better year next year.  I am forever grateful to Robert.  I love his passion, his  expertise, and his diligence to help athletes reach there maximum potential.” ~ NFL Player

From College to Professional Athlete 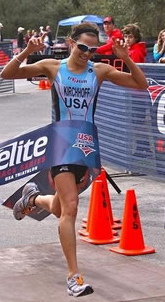 “I’ve known Robert Andrews for five years and he has helped me transition from the college arena to the professional stage. I swam in college and now compete for the USA in triathlons. Robert has helped me find balance and the connection between the mind, body and spirit. I’ve learned from working with him the importance of mental toughness, preparation and visualization. I see the truth in the quote: “the game is won on the six inch playing field of the mind.” I can put in countless hours of physical training, but if my mind is not prepared for game day, my chances of success are like winning the lottery. A strong mind is a strong body.

Sport mental training isn’t magic. It’s about helping an athlete unearth the potential inside them. This is what Robert does. He has helped me tap into my core and dig up the potential and talent that lies within me. I’m grateful to be working with The Institute of Sport Performance. Take your game to the next level and give Robert a call today!”  ~ Triathlon Age Group National Champion F25-29, and 2016 Olympic hopeful

“I came to Robert after years of frustration of not be able to confidently throw a baseball due to a shoulder injury. The frustration began to carry over into my overall performance and it also affected my relationship with my family members. Through only two sessions with Robert I began to see great improvements being made. My confidence began to emerge and my performance began to increase. At the end of my sessions with Robert baseball became fun again. I learned to control my stress levels and I was able to perform to my capabilities. Through our mental work I was able to enter Spring Training with a clear mind and had the best Spring Training I have had in my professional career. Thank You Robert.” ~ Professional Baseball Player 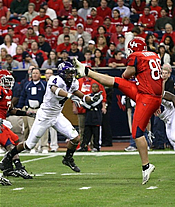 “My first college punt was blocked.  The experience took away my confidence and affected my natural talent in a negative way.

Robert helped me work through that experience.  I was able to release the tension, negative images and memories I carried.

Robert helped me open my eyes to what is possible for me as a punter.  He helped me realize my full potential.

My first punt after I began my work with Robert was the exact punt I visualized in his office, fifty five yards with no return in front of 90,000 people on the road.” ~ College Punter .”

From Burnout To PR’s To Success In Life

“I came to Robert Andrews after 2+ years of no athletic success. I was at my wits end. I felt like nearly giving up as many around me had already given up on me. However, Robert believed I still had gas left in the tank. He believed I wasn’t done. As we began working together, he helped me see the connection between me as an athlete and me as a person.

He guided and helped me re-discover my core – the real me that had been hiding in the shadows. It was only when I got real with myself as a person and dealt with some core issues that I pushed through my athletic stagnation and began to shine. He was right – I wasn’t done. There was still a lot left in me. Although I am a retired collegiate athlete now, I am using the things I learned with Robert in my everyday life. I feel bigger, bolder, and empowered to tackle life’s curve balls. As one coach told me, “Sport doesn’t define your life. It helps you live your life.” Thank you, Robert for helping me along this journey. I am truly grateful.” ~ College Swimmer

“Robert helped me get my mind out of the way of my ability.  I realized that pressure is something I created in my mind.  The biggest thing I learned is that I didn’t have to change anything I had done before to be successful.

I got away from being myself.  I perceived I was under pressure so my mind and body reacted and I began to change things that had made me successful. Robert helped me find ways to channel the pressure from the game, the situation, and the energy of the crowd into my performance in a very positive way.  I learned how to create confidence and get rid of doubt.”  ~ College Pitcher

“I am an open minded person, but I had no idea how helpful working with Robert would be.  I didn’t realize how much working with the mental side of my game would improve my performance.   I have been through a lot of injuries and other negative experiences that affected my performance and confidence in a negative way.

Robert helped me realize and remember how much talent I have and what a good player I am.  Our work helped me boost my confidence, raise my level of play, and experience a huge increase in my batting average.” ~ College Softball Player

“On June 24, 2010 our 14 year old son, Brock, was diagnosed with skin cancer. He was he forced to face the cancer, the doctors, and underlying fears of death at a young age, which forced him to change everything about his teenage life and what was important to him.

Brock was in the middle of his select baseball season when the labs results from his moles came back as melanoma. Brock has always played baseball and over the years has become a pretty good catcher. Being a catcher wasn’t what he did, it was who he was. In his mind, cancer had taken his job/purpose away.

Within the next 6 months, Brock had thankfully recovered well from surgery and found himself free from cancer. On the surface he was a happy teenager in high school but, as he started to work back into the role as a baseball player he struggled, but no so much physically – mentally he was struggling to separate baseball and cancer.

Through a friend we were recommended to Robert Andrews. Robert created an atmosphere that conveyed a safe place for Brock to open up and share his dreams, his fears and nightmares. With his innovative techniques, Robert helped Brock put his cancer behind him and taught him to self-manage his emotions, including dealing with his ongoing check-ups that he will endure for the rest of his life. Importantly, Robert also helped Brock re-find the light that had dimmed in his eyes. His smile was back.

This past Spring, Brock tried out for the high school team and made it. He had a great season and was the starting catcher for the Sophomore team. He was also the only Freshman to be called up for the Varsity playoffs – now, he only caught bullpens in the playoffs, but what a happy catcher he was.

Our whole family is incredibly appreciative for the mental healing that Robert has helped Brock achieve.” ~  Parents of a College Baseball Player